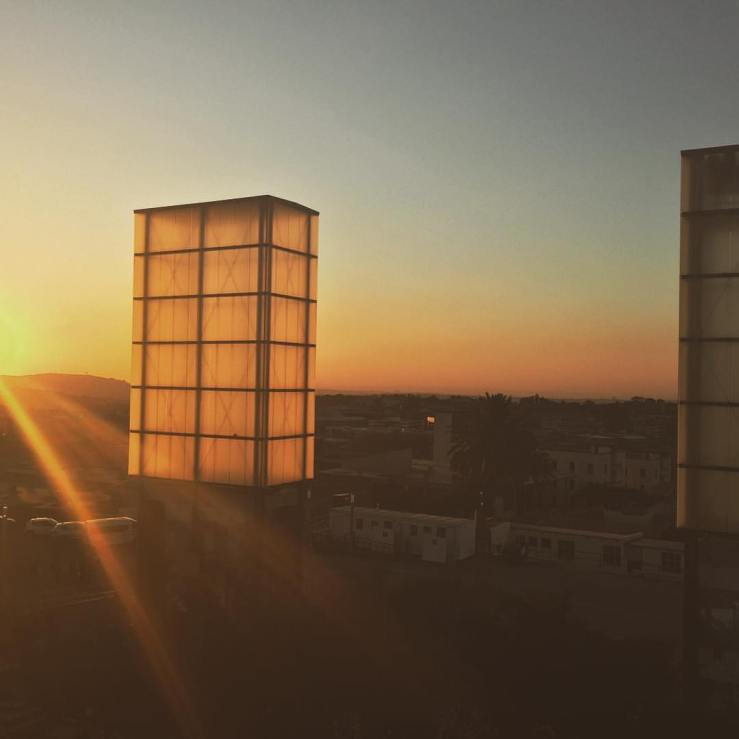 Last week at Wits Art Museum (WAM) I met Anthony Nsofor, an artist from Nigeria who is in Joburg for a month to be inspired and make art. We were both there to see the Black Modernisms show. I filled him in on the tension that had brewed around the show.

The show had been curated from WAM’s archives by Wits Professor Emeritus Anitra Nettleton, a white art historian, and included pieces that had been created by black artists during the period 1940-80, a period that slots into that which European art historians define as Modernist.

A furious debate broke out on social media and in the press when black Wits research associates, Dr Same Mdluli and Bongani Mahlangu, who had been billed as co-curators of the exhibition, distanced themselves, saying that they had very little say its conception and curation, that they had been used as black tokens to give the exhibition validity, and that not only did the exhibition omit key black artists from that period, it made the mistake of continuing to use a European label in which to frame black expression.

“Modernism concerns the avant-garde and a period marked by departure in Europe from royalties to republics made possible by the cross-Atlantic slave trade. Advancement for Europe saw the oppression of blacks. We have to ask what makes art by black artists modern,” argued Khwezi Gule, chief curator of the Soweto museums.

“One would expect a university to be at the forefront of creating new knowledge in a post-colonial society,” says Nontobeko Ntombela, a member of Black Mark: Collective Critical Thought (BMCCT) which convened a public forum to discuss the matter. “Why would we want to continue to situate art as colonial, nativist tropes? By doing that the black body remains the problem.”

This failure to interrogate the dominant art paradigms was put at the white feet of Nettleton who was accused of presiding over a white women network which continues to wields institutional power through its social network, to have a paternalistic view towards black artists, thus “perpetuating the myth that white power brokers are still needed and relevant.”

The debate had deepened when Nettleton hit back by labelling the criticisms as a personal attack.

I explained this Tony over a coffee in the WAM café.

“We’re at a point when the narrative is shifting, new voices are emerging and strengthening, and as a white person, you are questioning your relevance. It’s fascinating and unnerving,” I admit.

We continued together out onto the streets of Braamfontein, stopping in at the Stevenson gallery, where there was a show made up mostly of neon colours and abstract shapes.

“What did you think? “ asked Tony as we left the gallery.

“But why do you need to get something from it?” he asked.

I think for a moment.

“Aren’t we all trying to make sense of ourselves in this world? When you see art that seems to represent what you’ve been thinking about, it makes you feel less alone,” I say.

We walk round the corner. Tony spots a pink rose petal lying on the pavement. He picks it up.

“See this rose petal. When I see it, I do not ask why it’s there. I just pick it up and admire its delicate skin, its pale pink edges. I do not ask why. We permit nature to perform without asking why. We can love this petal when it falls on the floor without it having a reason for being there, so why can we not permit the same from human beings when they make art? Why must it always have meaning?”

I nod. “It’s a good point. Why do we expect different from humans? Maybe because we are always trying to explain each other to each other. Often misunderstanding each other. Maybe when you see art that reflects something you have been thinking back at you, you feel like you’ve been understood,” I say.

“But that’s so self-centred. Why must it always be about you?” he asks.

I laugh. “Fair point. Maybe it’s a South African thing. Maybe we are so desperately seeking meaning, we are always bringing it back to ourselves.”

We carry on walking up to Constitution Hill. I want to show him our Constitutional Court, an architectural masterpiece built with bricks from the old holding cells. A building thick with meaning. On the way, we stop in at the old Women’s Gaol, where female political prisoners were once held. I greet the security guard in Zulu. She shakes her head. The building is closed. My shoulders fall a little. We step back outside.

There is something in the tone of that exchange that moves him. He stops. He looks at me.

“I think I get it. I think I understand now how lonely it must be. You do belong here, but everyone is always questioning you.”