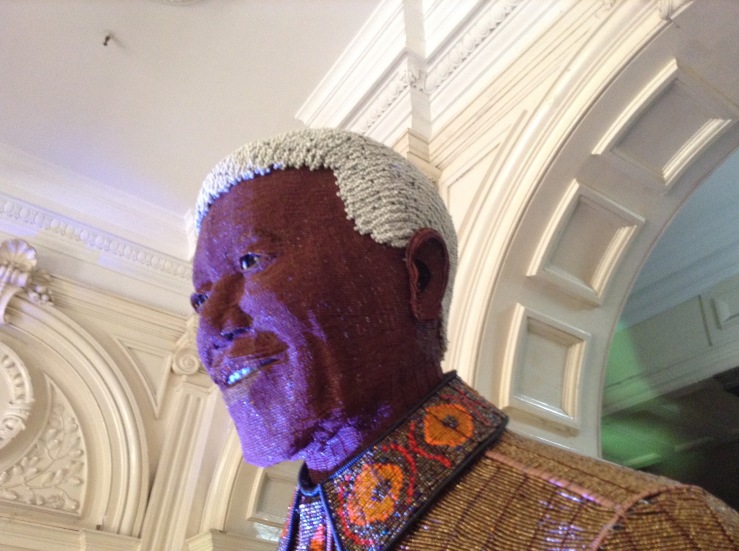 Why do I write about race issues? Sometimes I think I am crazy. Sometimes I am sure of it. Why admit to and reflect on dirty prejudices that haunt the shadows of the mind? It’s probably safer to poke a snake with a stick.

I found myself reflecting on this, this weekend, while reading All Quiet on the Western Front, a book that documents the horror of war and that was banned in Germany in the lead-up to World War 2 on the grounds that it painted Germans in a bad light.

For twenty years, South Africans subconsciously banned talking about racism. There was a collective belief that it didn’t support our Rainbow Nation’s war effort, namely the fight inside ourselves to forget the past and move on as quickly as we could.

That’s not to say people weren’t branded racists. “Racist!” became the punctuation mark to end any unwanted conversation. It was the silencer of choice used to quieten any unsolicited criticism, often of the government. But there it got stuck, at the level of insult, never probing, never advancing any deeper understanding.

That is, until March 2015, when the Born Frees woke up and called us on it, adding whiteness and privilege to the concepts to chew on.

The other day, a white woman from Kempton Park asked me to explain #RhodesMustFall and #FeesMustFall.

“What do they want?” she asked.

“But it was hard for me too,” she said, going on to document the years of strife as she worked two jobs to pay her way through university, clawed her way into male-dominated work spaces, struggled to get promoted, be recognised, be seen.

“Then you understand,” I said.

One of the greatest crimes of apartheid was that it taught us not to have compassion for people who do not look like us. Compassion was for the person who sat next to you in church. Pity was for the maid.

We are still stuck here. We may shake hands, call each other bra and dance with petrol attendants, but we are still clawing our way to the place where we see each other as people.

That’s why I write about race relations. Because if I stand naked, and lay myself bare, you’ll start to see me. And we may start to see each other.