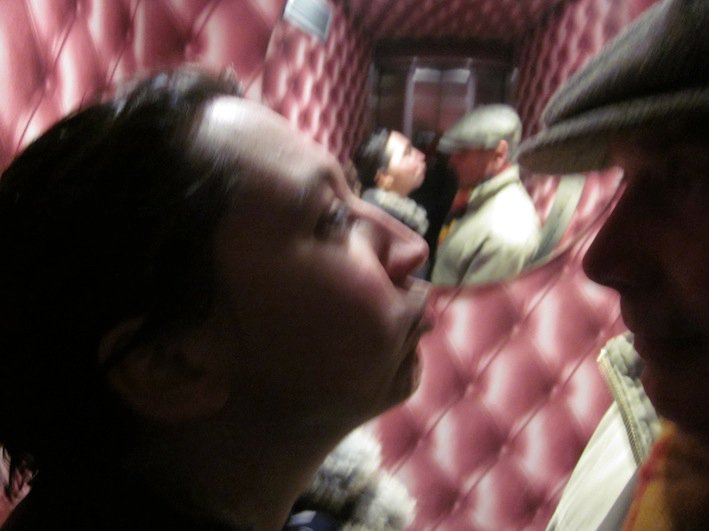 When I was 27 I met a man twice my age and fell in love. Four years later he proposed and I said yes.

“I always knew you would marry an older man,” my mum said.

She might have known, but I didn’t. In fact, I had never planned to get married.

“The biggest love affair was the one you can have with the world,” I would often scribble in my journal.

This past week, on a plane to Sofia, I asked him why he asked me to marry him.

“I sensed a kindred spirit, someone adventurous, thoughtful. I also thought you were honest and had good values.”

But why did you want to marry me? I probed.

He thought for a while.

“I wanted a companion to share my life with, and I wanted to share your life. For all your bravado, I sensed a sensitivity and a vulnerability and I wanted to be there as a protector. And I got a sense that you wouldn’t make too many demands on me. You were an independent spirit and wouldn’t follow me around.”

So there you have our union. A marriage of dreamers and travellers, of protectors and independents. Comfortably together, comfortably apart.

Why do I tell you this?

Because although our version of marriage is one that has ample space for dreams, I was recently reminded how society has a less expansive version of the wedded union.

I have long wanted to buy a nest in my childhood home of South Africa. A soul home where I can retreat from the hurly burly of the northlands, and spend more and more time.

A few weeks ago I found a beautiful property in my hometown of Joburg, and applied for a mortgage, planning to put down a deposit using equity from a Scottish flat that I had invested in before we got married. My money, my mission, but the South African banks shook their collective heads and pushed away my application form.

Not only were they ill at ease by my self-employed status (why do banks penalise the entrepreneurs and reward the job-worths?) but because I was married in community of property, and because my husband was beyond “mortgage age”, it meant that I was also not eligible for a mortgage. It did not matter that we operate separate bank accounts and mine contain sufficient funds to bankroll the mortgage. What mattered in the eyes of the bank was that my husband was an older man, and I a married woman.

It’s not the first time that my dreams, desires and needs have been outranked.

Five years ago, when I was 34, my husband was diagnosed with throat cancer and prostate cancer. Before his treatment regime began, we froze some of his sperm so the chemotherapy wouldn’t damage all of his swimmers.

As we filled in the consent forms at Glasgow’s Royal Infirmary, the consultant informed us that, should we one day decide on IVF, we would have to pay for it ourselves because state-funded fertility treatment is not permitted for men of a certain age. It was not regarded as an acceptable use of state funds.

The fact that I was in my mid-30s and about to lose my husband’s virility to a killer disease was irrelevant. My bid for matriarchy was outranked by a patriarchy that saved no rank for the older stags.

“You could probably appeal,” said the consultant.

I shrugged. We were squaring up to a bigger challenge and my energy was needed elsewhere. I signed the forms and walked away.

We have since considered adoption, and until recently, that too was off the table because the mean age of the parents had to be below 45. Since the day we got married, we did not qualify. Fortunately in Scotland, this has now changed and today the rule is that the younger parent be below 45.

Still, I find it perplexing that we live in a world where single women can get mortgages, adopt children and are eligble for state-funded IVF (in some NHS boroughs at least), whereas her over there with the Silver Fox on her arm, all she’s eligible for is an upgrade.

2 thoughts on “The perils of the older man”