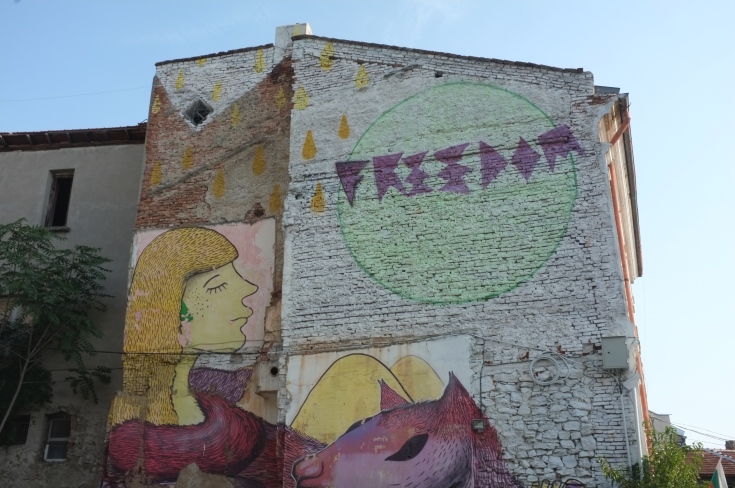 I am struggling more and more with the South African story. With the current sentiment  that to be a conscious white, you must be a silent white. That unless you are a representative for the views of black people and acting as an ambassadors for “their” pain, you are a racist, or at least, deeply mistaken. I am feeling stymied and stifled and I feel my consciousness shrinking rather than expanding.

After a weekend of sitting with an anguished mind, I asked the universe to send me a wise man, and yesterday it, in did in the form of L, a fellow dialogue facilitator and a black man. We sat under a tree in the oldest garden in South Africa and he told me about his recent diagnosis of diabetes, and with his struggle with being labelled “ill” and feeling ill. He did not want either to be true, but both were, so in his wise, way, he leant forward towards those feelings,  while at the same time asking himself what he could do to get better. Both accepting and seeking a solution at the same time.

He then talked of other people he had recently met who had been sitting with diabetes for 15+years and how he was dismayed by their resignation to their fate. He then shook his head and wondered if it was a cultural thing, and went on to talk about a “victim mentality” which he feels is ingrained in the majority of black people’s consciousness.

“It’s hardwired into us,” he said.

He gave a metaphor. “If someone has R30 of airtime on their phone, they will spend R25 complaining about the problem, and only R5 trying to find a solution. But by the time they get to that R5, they are so exhausted by all the complaining, they have run out of energy and give up. The laws of attraction say that you get what you give, and black people frequently operate within a negative consciousness.”

I recognised what he was talking about. Someone has to fill in a form but they would rather spend 10 minutes complaining about having to do it, instead of just doing it. Why not just do it quick and celebrate that it is over? I do not see it as exclusive to Africa though. I have seen it plenty in Scotland. But L felt it was more prominent in the black consciousness.

“Our celebration comes before. Complaining is our way of making ourselves feel better about the fact that we have to do it at all,” says L.

I told him he should write about this, but he joked that he would be castrated for saying it. He added that whenever he suggested to black people that they lean into their pain, ask themselves what really lies under the pain around filling in that form, they go crazy. They reply that black people are always in pain and it’s stupid and wrong of him to suggest that they feel their pain even more deeply. Also, they will say, they know what causes the pain. The white man. The lack of opportunity. The poor living conditions. Things that others have caused and others have not fixed. The pain comes from outside. The problems are not in me. They are out there.

I realised something else as we sat under the tree.

L and I were talking about the structural challenges of co-running an organisation like Consciousness Café, and L asked me why I did this work. Didn’t I need to admit to myself that I was in it for profit?

“No,” I said. “It might be hard to believe but it’s not profit that motivates me, it’s belonging. I want to belong here. I want us to be able to see each other. It’s another form of selfishness yes, but that’s what is driving me.”

Speaking to L, I realised that my own desperation to belong was blocking my compassion. Not in the dialogue space, there my compassion flows with ease (perhaps from years of being a journalist who is naturally interested in the stories of others), but when it comes to the structural positioning of this work in society, and the relationship with others who do this work, some of whom have got out their guns and criticised me for trying. When it comes to those encounters, I realise my compassion is thin. My compassion dries up because it feels like they are screaming “YOU DO NOT BELONG!” while I am begging to belong.

It becomes all about me.

I thought I had learnt this lesson already. At my 40th birthday I told a crowded room that I had made peace with belonging. That I accepted that I had to find belonging in writing, in creativity, in my craft and in nature. That since I was not a nationalist, I had to stop looking for belonging under the South African sky.

I thought I was there, but I was just flirting with this new consciousness, it had not bedded in yet, and this fledgling consciousness had buckled and bent under the level of anger currently being directed at white people.

Yesterday, as I sat under the tree in the oldest garden in South Africa with L, he helped me lean into it, name it, see it, and as I did, I felt it lift off my chest.

I may wish to belong here, but the fact is, in the eyes of the majority of the people of this country, I do not truly belong. Not a day goes by when someone doesn’t ask me: “Where are you from?”

So once again I commit to letting go – or at least, lightening my hold – of my need to belong.

And as we create a little bit of space between ourselves and our deepest desire, our compassion grows and we can breathe again.