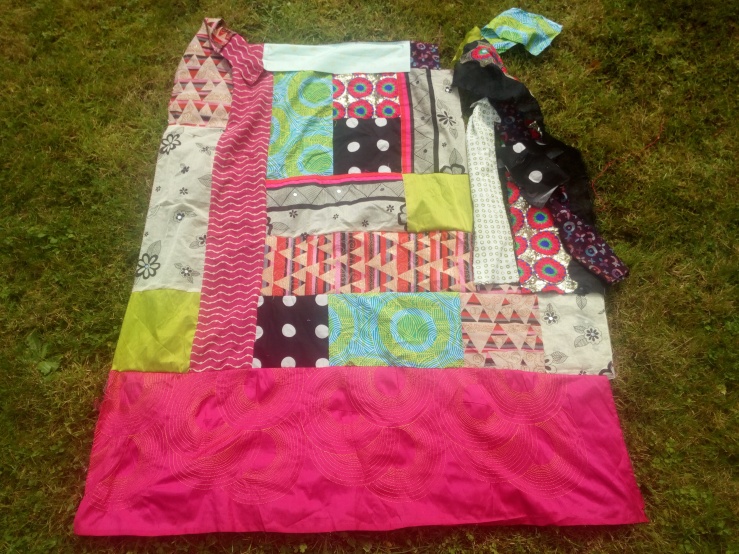 I am nursing a wound. You can’t see it, but I can feel it. It’s on the lower right hand side of my heart. Sometimes it spreads to my solar plexus and it hurts to the touch. Sometimes it sinks lower and makes my belly ache and churn. Today it is a cold whisper, as if my heart has caught a chill.

I prefer not to write from this place. To write from here is like giving oxygen to embers allowing them burn me up all over again. But I also know that to ignore this place entirely is fuel of another kind. Ignore it long enough and it’s as if someone has tossed paraffin on the embers while everyone was out. The house burns down.

I know the content of the pain. And I understand that one of the reasons I can’t write about it is because of that content. Beneath the ache and the chill is hurt and anger towards those in South African society who, on some days, not all, have treated me with a mixture of haughty righteousness, lack of consideration and rudeness. The hurt and anger are linked to how I can never seem to find the right words to stand up for myself because there is some unspoken rule that because I am white and these people are black, that I am being given a taste of how black people are treated all the time, and that this treatment is part of my learning/punishment.

I am finding it difficult to find the line between what is fair and what is not, what is playful mocking and what is meanness, what is a lesson I need to learn and what is punishment for my behaviour or that of some other person with a white skin, and so I have pressed pause for a while on trying to fathom things out through words and have turned to my other ways of working things out: silence and craft.

Silence is an old friend of mine. Growing up in a house full of anger, silence was where I went to be safe. Speaking was dangerous, it was so easy to say the wrong thing and to become a victim of wrath, so instead I would curl myself in patches of sunshine, on my bed, or close to a tree, and sit alone, in silence. As an adult, I have learned, slowly, not to just sit in the silence but to allow that silence to move through me, for that silence to fill up in me, like hot water in a cup, and allow that silence to dissolve the hard grains of those feelings, so I can feel them fully, and then allow them to pass out of me. That is the practice of meditation that I have learned, and continue to learn, with the help of the Buddhist teachers Pema Chodron and Tara Brach.

Craft is also an old friend. I started patching pieces of African fabric together from the around the age of 15. I loved the bright, chaotic designs of African wax prints and working with it felt like I was bringing the pulse of Joburg into the sleepy South African suburbia where I grew up. It made me feel connected. This week I picked up a book on my bookshelf by the Californian patchwork and colour guru, Kaffe Fasset. There was one quilt in the book that particularly struck me – it had bright, clashing colours and wasn’t a complicated repetitive pattern but was rather long strips placed in an irreverent, who-needs-rules kind of way. The accompanying text said it took its inspiration from the Gee’s Bend quiltmakers.

Within a Google heartbeat I was down the rabbit hole into the world of Gee’s Bend, a remote community in rural Alabama surrounded on three sides by the Alabama River and inhabited by descendants of slaves. The African-American women of Gee’s Bend have been making quilts here since the middle of the 19th century, in a style labelled “my way”. Guided by personal vision and creativity, rather than by rules and patterns, the Gee’s Bend quilters create abstract, improvised quilts with unusual designs, colours and rhythms. Think Mondrian on ecstacy.

You can explore the quilts for yourself here:

An hour later I was upstairs, scissors in hand, remnants of treasured fabrics scattered across the bed. A pillowcase from my friend Jolene. Discarded purple batik from Jolene’s mum. A piece of pink embroidered silk I found in Florence when researching Gucci for a writing assignment. Polka dots from Ikea. A piece of sequinned fabric from Delhi, bought on the weekend I spent alone, shopping in the city, after a Buddhist pilgrimage. A piece of jacquard from my favourite flea market in France. And of course, an African wax print from downtown Joburg. All the pieces with a story, and all the stories being patched together to become another tale.

Quilting reminds me of writing. When you write, you take little chunks of thoughts and feelings, and piece them together so that they solve a puzzle of meaning and make sense of the world that little bit more, for yourself, for others. When you make a quilt you pick and place, move and shape, until something inside you clicks and it feels right to the eye, and right for the soul. The words and behaviour of others are not ours to choose or change. But how we respond to them is.